Ladies and gentlemen I present the most beautiful twins in Romania. Known as “the sweet surprise of Bucharest,” Andrei and Andreea are said to be born on this very day, September 23, in the year of our lord 1969.

Wait, 1969? That would make them fifty years old! How is this possible? There must be a mistake.

As you know, Skullranch is real. So we reached out to these twins, who are known practitioners of Augury, the ancient Romanian art of studying the flight patterns of birds in a constant state of awaiting omens.

In an interview earlier this morning via satellite, Andreea said , “Maybe we’re 50, maybe we’re 15. Whether we’re witches or not, the birds always say 69 is a sex number!”

With that she winked coyly and the camera panned shakily to Andrei. His eyes were bloodshot and his beard seemed disheveled. He said in between coughing fits, “Maybe 69 is a sex number, but maybe we made a deal!”

“The big guy!” we heard Andreea yell in the background, sounding muffled. The camera pans to reveal her sitting on the side of an old Romanian Army cot, pulling up her shirt.

The camera quickly cuts to black and we hear the voice of an old woman say, “Oops.”

Then Andrei exclaims, “Bath time for the babies!”

With that, the transmission ends and we are left with white noise. So, all we can say is, “Happy Birthday to yous!“

We thought this light-hearted story ended there, but this just in! A dark twist.

Below is a photograph obtained by Skullranch through an anonymous source. The sender only said this crumbling image printed on paper made of thick woven fibers was found in the archives of an abandoned library in Transylvania, Romania, a few years ago.

Inscribed on the back of this never before seen photograph is an ominous statement: “The twins of Beauty, the twins of Old. 1965.” 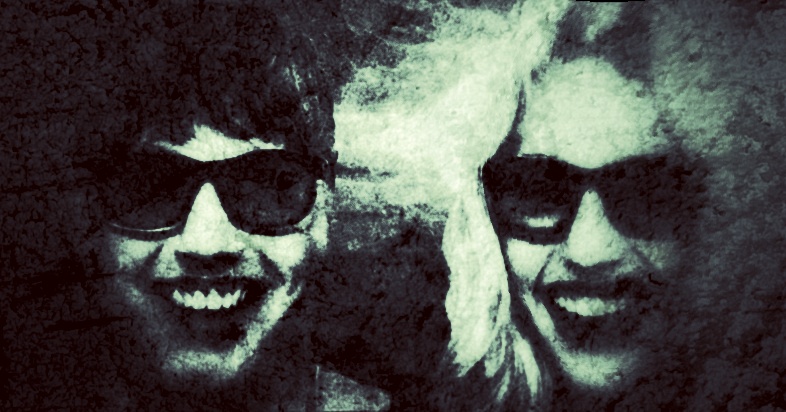 After only two hours studying the image, he has just provided us with a computer generated touch-up minutes ago. Hot off the presses we see, it is unmistakably the beauty twins! 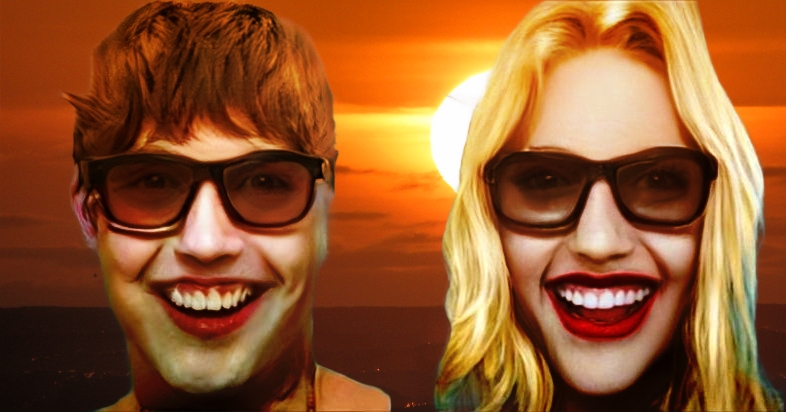 “WTF?” declared The Producer. “Publish it. Now! These twins ain’t right and our people gotta know.”

Darlings or devils? We aren’t yet sure, as this entire story has just unfolded this morning. But never fear the darkness, we will certainly shed more light on this situation as our researches feverishly investigate.